A 2020 Swedish study confirms that elderly women who are exposed to polluted air and have heart diseases are at high risk of dementia.

Dementia is a degenerative neurological disease, causing cognitive and physical impairments. It is common in aged folks, particularly women.

50 million people currently living with dementia around the world, most of them in economically deprived countries, per WHO stats in 2019.

Interestingly, the World Health Federation (WHF) says that the highest rates of polluted air are in South Asian countries — 60% of the Indian cities alone have PM2.5 or above the current standards.

We all know what causes pollution in big cities.

Most of these pollutants are released into the air by transport vehicles, industries, and power plants.

Thus, living near roads and factories could be dangerous for your health.

Long-term exposure to harmful atmospheric particles puts you at risk of dementia or other related brain degenerative diseases.

New research shows that toxic gases in cities from vehicles and factories put elderly women 👵 at risk of dementia. 🧠💭
Click to Tweet

Let’s take a look at this study in detail.

The objective of this study was to discover the connection between the risk of dementia and air pollution and its relation to heart problems.

This research was conducted under the Swedish National Study on Aging and Care in Kungsholmen.

A total of 5111 participants were initially selected for this study, all aged 60 years or more.

Out of them, 3363 participated and the rest were eliminated. 2927 of these people, including both men and women, did not have dementia.

The mean age of the participants was 74 years, out of which 63% were females.

Researchers performed interviews and clinical assessments at home or labs and gathered info on demographics, education, health, and lifestyle habits.

Most participants were living in residential areas with high amounts of Nitrogen Oxides (NOx) and air quality of particulate matter (PM) 2.5.

During the follow-ups, 363 participants out of 2927 showed signs of dementia. The risk of neurological degeneration was as high as 50% in residential areas with a high amount of air pollutants.

Also, people with heart diseases or heart failure were more prone to dementia. Almost 50% of these diagnosed cases had heart disease, particularly stroke.

Here’s an overview of the study:

There has been evidence in the past that aligns with the findings of this investigation. The scientists mentioned multiple pieces of research conducted on north Swedish residents, showing a connection between NOx and dementia.

Below, I’m sharing a few studies that show a link between dementia and atmospheric pollution.

One research claimed a whopping 92% higher incidence of dementia among people living in regions with particulate matter higher than 2.5 microns.
Another Ontario based study concluded that residents living near roads had an 11% higher risk of dementia and related neurological degenerative diseases later in life.
A 2017 research published in Nature proved that elderly women who live in environments with particulate matter 2.5 microns or more had increased chances of developing dementia and Alzheimer’s.

During my research, I have found the content on this topic is somewhat limited.

Despite the lack, some studies show that living in polluted areas weakens your brain’s immunity against particles and poses a high risk of dementia and related diseases.

For starters, I came across this article by Catherine Offord in The Scientist, explaining how Lilian Calderón-Garcidueñas, a neuropathologist (expert of neurological diseases), discovered Alzheimer’s disease samples in various brains of Mexican residents.

She found two proteins linked to Alzheimer’s while conducting body autopsies on varying ages and genders, including an 11-month old baby.

Each affected brain had amyloid-ß and hyperphosphorylated tau, which Garcidueñas argues, is because of the highly polluted air in Mexico.

The truth is, air pollutant particles are microscopic and you can’t see them with your naked eye.

Thus, these particles easily enter your body through respiration and penetrate the lungs and later on, join the bloodstream. After becoming part of the blood circulation, they reach your brain and start the process of atrophy or degeneration.

As a result, it impacts cognitive processes, causes inflammation, breaks the blood-brain barrier, and triggers your brain’s first line of defense known as microglia.

What About the Effect of Air Pollutants on Heart Health?

Needless to say, air pollution has always been a big cause of global concern especially for people prone to respiratory diseases.

Long-term exposure to NOx in the atmosphere can make you a target of many heart-related complications such as:

Dementia in Women – How Bad Is It?

As women were included in trials after 1993, there’s sadly not enough data to say with surety whether or not dementia affects more women than men.

But so far, many studies show that women are generally at higher risk of dementia and other neurological diseases than men.

Giulia Grande, who works as a researcher at the Department of Neurobiology, Care Sciences and Society at Karolinska Institute, says,

“Our findings suggest air pollution does play a role in the development of dementia, and mainly through the intermediate step of cardiovascular disease and especially stroke.”

Here are some statistics that might give you clarity about dementia in women:

In the US, out of 5 million dementia cases, the majority is elderly women. 👵🧠❓

A big reason behind the increasing rate of neurological diseases is continuous exposure to air pollution.🏭🤢
Click to Tweet

Even though I live in a metropolitan city myself, it’s clear that the bustling city life is especially unsafe for women aged 60+ years. The side effects on our brain’s anatomy can start early on, even during the 20s and 30s.

If you want to avoid the risk of dementia or Alzheimer’s, consider settling far away from heavy traffic roads and industrial locations.

I would also recommend discussing preventative measures with your physician to minimize health risks. For example, masks to reduce inhaling pollutants if you dwell in risky regions.

Also, if you have a history of cardiovascular problems, take extra care to prevent toxic inhalation. Plant trees around your home to keep the air as fresh as possible. 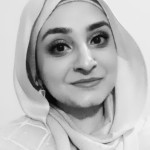 I'm the owner of this blog. Graduated as a biomedical engineer in 2014, then decided to merge my passion for health and writing. After working for many years as a freelance writer and editor, I started Women Health Hub with an aim to empower and educate women to improve their wellbeing. When not writing, you'll find me reading, cooking, painting/crafting or watching comedy/horror/psychological thrillers series. 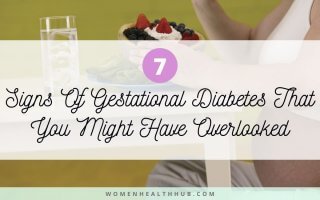